It’s 2 pm and we have our annual Summer Wines and French Country buffet event this evening. 50 members will come to taste 5 different wines from the Alsace region of France starting with a refreshing Rose Cremant made of 100% Pinot Noir and produced in the traditional Champagne manner. Then it’s onto a Sylvaner, a white wine with few pretensions and meant to be enjoyed with salads and light uncomplicated dishes. Next, a gold Medal Riesling, which is the leading varietal of Alsace. Fourth is a Gewurztraminer with a real aromatic personality and freshness. And last but not least, an Alsatian Pinot Noir – an excellent example of the progress that has been achieved with the challenging grape in Alsace.

Enjoy some pics below as the team prepares for this fantastic summer event. And be sure to check back afterwards to see photos of the event itself!

As the club events coordinator, someone asked me the other day, what’s the biggest, as in most stately/important, event ever held at the club? Well, it involves an 80th birthday, the Queen and the 3rd Governor General of Canada! Yep, it was the Right Honourable Roland “Roly” Michener’s 80th birthday party.

It was 1980 and more than 100 members attended the gala dinner. He was presented with a number of personalized gifts from fellow club members but most memorably, a telegram from the Queen was read out “I understand that you are celebrating your 80th birthday. Stop. I send my and Prince Philip’s congratulations and best wishes on this happy and auspicious occasion and hope that you will have a nostalgic and agreeable evening as you look back over your long and very distinguished career. Stop. Elizabeth R.”

Roly Michener joined the Club in 1929 and played his last game of squash in 1989, just short of his 90th birthday. He was made an honourary member after 41 years of membership. During all these years, he became a Canadian icon for both his service to politics and diplomacy and his devotion to physical fitness.

(Note: the above has been recounted from the Club book “The University Club of Toronto: Its Life, Its Times 1906-2006)

UCT members have exclusive access to the Ladies Golf Club of Toronto. Check out the video below for some putting tips and make your tee time today! Just one of the benefits of memberships at UCT.

While walking down the fire escape the other day (sometimes I do this to find easels…where do they go!! and to make sure nothing’s blocking it like banquet chairs) I got to the bottom of the stairs and there, poking out of old rolled up carpets and under 2 inches of dust I saw some beautiful gold spindles. What the heck is that I wondered? Feeling like a pirate who may have just found treasure, I pulled with all my might and uncovered a beautiful mirror! What was this doing here I wondered? I could see that the top left side was broken but surely it could be fixed. Who put it here? Was it meant to be fixed but then forgotten? Where did it used to hang? I set out to find out. First stop, our resident long time maintenance man Celestine, who remembered the mirror vaguely and muttered something about it being broken. Kind of a dead end there. Next, our long time (now former General Manager) Sarah who very very vaguely thought she sort of remembered it and said to check the archives. After diving into the archive cupboard, I pulled out what looked like an important book, leather bound and all, and started flipping pages. And there it was! A picture of it hanging above the console table in the hallway in full glory. Not much other info. Just the pic. My research continues… 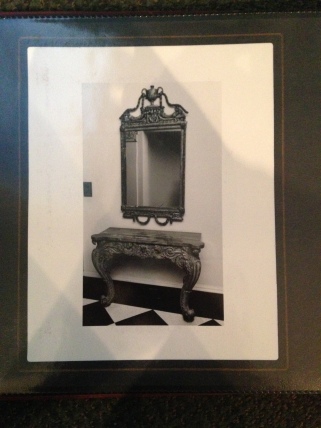 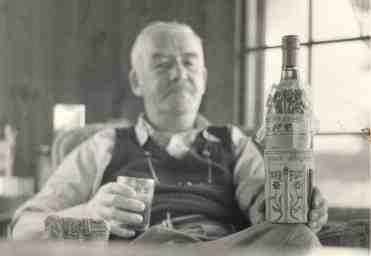 Duke West, an infamous club member, in my mind at least, and part of a small group of bachelors that lived on the club’s bedroom floor. Current member Bob Rumball tells it best, as written in the club’s centennial book “The University Club of Toronto, Its Life, Its Times”….see excerpt below.

“Most of the “permanent residents”- bachelors all, naturally – had been members for a very, very long time, several of them having served the Club in some significant role. They were the arbiters of appropriate conduct in a gentlemen’s club and they brooked no interference from – nor association with – less august specimens of the membership. They had their own table for meals – and anyone who attempted to trespass on their sacrosanct preserve was promptly given the benefit of a sharp reprimand that few ever forgot, laced, as it invariably was, with a mischievous sarcasm that bordered on humour for those with the wit to appreciate it. The most notable of the permanent residents was W.R. “Duke” West. He moved into the Club’s top floor when the new building opened in 1929 and left it only when he died in 1975 at the age of 85. He is reputed to have been dining one evening when another member approached him and asked:”Are you alone?” Duke looked up and replied sternly: “I hope so”. END_OF_DOCUMENT_TOKEN_TO_BE_REPLACED

Since 2003, Indran has been flawlessly executing all Food & Beverage operations at the club. A graduate of the Hotel School of Polytechnic in Colombo, Sri Lanka, he honed his skills first in his homeland, then Denmark and eventually settling here in Toronto. Indran can be found around the club setting the dining room with meticulous care, at his desk ordering supplies and booking staff, in the kitchen with Chef, or reminiscing with members about their last event. Not only does Indran provide a world class dining experience, he is calm, cool and a great team player. He lives in Ajax with his wife of 20 years and enjoys get-togethers with his large extended family and working on his lawn and garden. UCT is very lucky to have Indran as part of the team.

Travelling to New York this summer? As one of the oldest literary clubs in the US, the Lotus Club is a top destination for visiting UCT members. Located at 5 East 66th Street, the club offers 14 overnight bedrooms, a number of fine club dining and private dining areas and attentive staff in a beautiful French Renaissance styled clubhouse. Members are encouraged to make their own reservations directly with the Lotus Club and the UCT Front Desk staff will gladly send a Letter of Introduction on your behalf. And be sure to book in advance as the bedrooms do book up quickly. 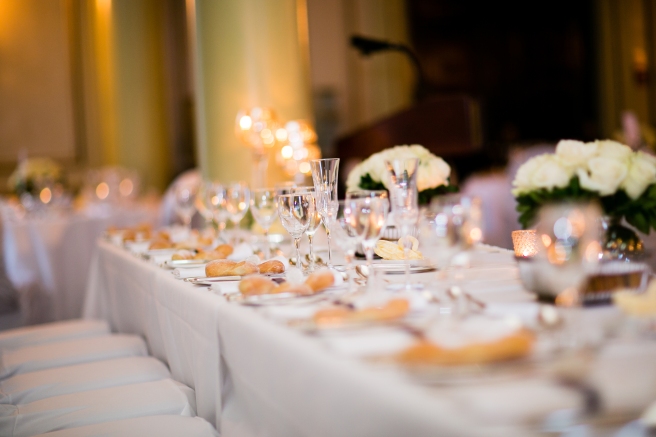 Elegant. Timeless. Beautiful.
Check out our video all about weddings here at UCT below.

This is the Club’s library and is pure Adam in Style. Where non-structural columns play an important visual role in dividing the room into three distinct segments. The two segments at each end of the library have dimensions in plan similar to those of the so called “Golden Section” Proportion, which is 5 units of width by 8 units of length, a naturally pleasing dimension to the eye.The colour of the library is a distinctive mark of the Adam tradition. The Greenish-Blue colour has been used in many previous buildings in the Adam period. It is said to be Robert Adam’s favourite colour.
END_OF_DOCUMENT_TOKEN_TO_BE_REPLACED

It was 2009 and I was asked by a member to find a specific painting. I hadn’t been at the club that long so I went from room to room checking each painting’s name and artist. After entering what I thought was an unoccupied room, I viewed a number of the paintings close up til I came to the back of the room and started to manoeuvre around a chair. To my surprise, there was a man sitting in it with the newspaper! I started to apologize for nearly walking into him but when I looked up, he was gone. My heart fluttered as I realized what had just happened -the ghost had appeared to me and was gone as quickly as it came. I will never forget my encounter with the gentleman in the dark old fashioned suit, reading the newspaper in the Fitzgerald room one evening.